Observing The Covenant In Kind

You can monitoring the covenant in kind of the assets and equipment maturity through a series of screens will be reviewed as follows:- 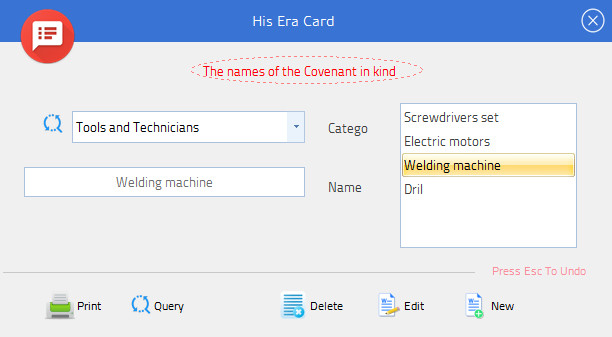 In This Screen You Can Choose; The name of the original that was previously entered in the asset data and can be divided into data and other names to link with the employee's warranty. Later, a total of (Technics Tools And Tools) were added. The Name Of A Welding Machine Or a drill or a set of screwdrivers was added. Original data tools 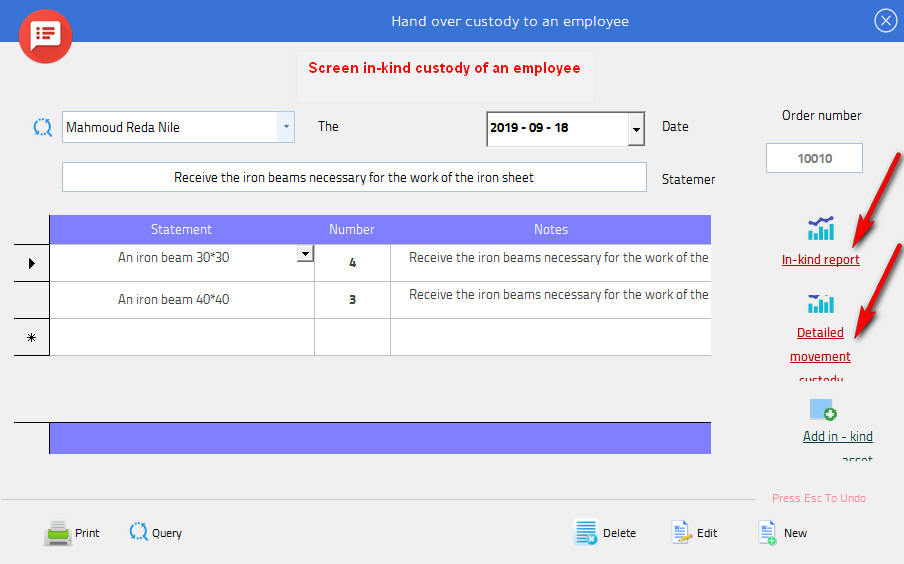 In This Screen; We provide the employee with a certificate. the date was chosen. the employee's name was entered in the recipient's box, the statement was written, the name of the original custody was taken into account and the number and the statement of each origin were written. In order to know the covenant in kind in possession before the evacuation of the party and shows two reports (A Report In The Covenant In Kind Each Employee) and another report (A Detailed Movement Of The Statement Of Each Custody) For control work on the covenant in kind company 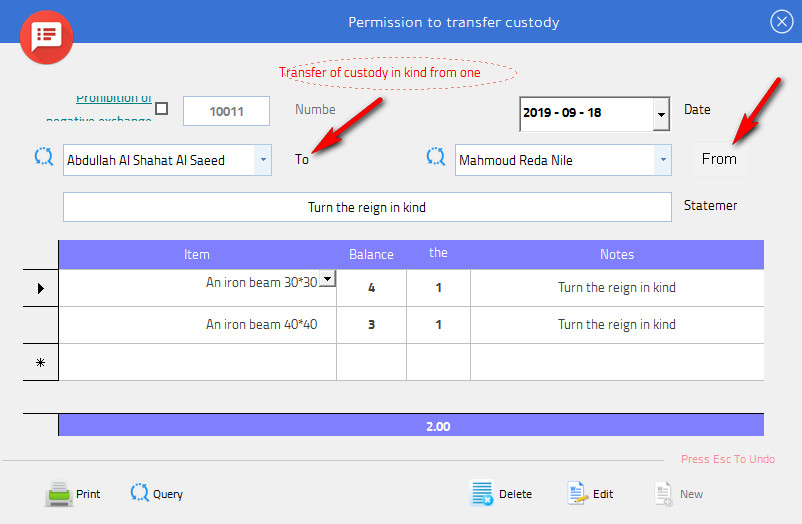 as shown in the figure above